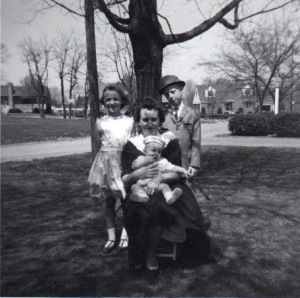 Happy Friday!  This weekend brings us to Mother’s Day.  If you are fortunate enough to still have you Mom, take a few minutes to talk to her and thank her for all she has done for you.  If you no longer have her, take a few minutes to reflect on what she has meant to your life.  Let’s kick off the weekend by reflecting on a few things that some famous Moms might have said.

Alexander Graham Bell’s Mother: “Call me when you get there, just so I know you’re okay.”

Paul Revere’s Mother: “I don’t care where you think you have to go, young man. Midnight is past your curfew!”

Mona Lisa’s Mother: “After all that money your father and I spent on braces, is that the biggest smile you can give us?”

Humpty Dumpty’s Mother: “If I’ve told you once, I’ve told you a hundred times not to sit on that wall. But would you listen to me?”

Columbus’ Mother: “I don’t care what you’ve discovered, Christopher. You still could have written!”

Babe Ruth’s Mother: “How many times have I told you — quit playing ball in the house! That’s the third broken window this week!”

Michelangelo’s Mother: “Can’t you paint on walls like other children? Do you have any idea how hard it is to get that stuff off the ceiling?”

Napoleon’s Mother: “If you aren’t hiding your report card inside your jacket, then take your hand out of there and prove it!”

Abraham Lincoln’s Mother: “Again with the stovepipe hat? Can’t you just wear a baseball cap like the other kids?”

Batman’s Mother: “It’s a nice car, Bruce, but do you realize how much the insurance is going to be?”

Goldilocks’ Mother: “I’ve got a bill here for a busted chair from the Bear family. You know anything about this, Goldie?”

Little Miss Muffet’s Mother: “Well, all I’ve got to say is if you don’t get off your tuffet and start cleaning your room, there’ll be a lot more spiders around here!”

Albert Einstein’s Mother: “But it’s your senior picture. Can’t you do something about your hair?”

George Washington’s Mother: “The next time I catch you throwing money across the Potomac, you can kiss your allowance good-bye!”

Jonah’s Mother: “That’s a nice story, but now tell me where you’ve really been for the last three days.”

Thomas Edison’s Mother: “Of course I’m proud that you invented the electric light bulb. Now turn off that light and get to bed!”

“If at first you don’t succeed, try doing it the way your mom told you to do it from the start.” ~ unknown