Happy Friday!  Congratulations on making it to the end of February!  This week I thought I would break out some more song lyrics that are often misheard.  (If you want to impress your friends – they are called mondegreens.)  I am guessing there is a good chance one or more of these songs will be stuck in your head until the first of March.

‘We Built This City’ by Starship

‘Message in a Bottle’ by The Police

‘Aquarius/Let the Sunshine In’ by Fifth Dimension

‘We Will Rock You’ by Queen

‘We Didn’t Start the Fire’ by Billy Joel

‘Desperado’ by The Eagles

‘Sweet Dreams (Are Made of This)’ by The Eurythmics

“Late February days; and now, at last,
Might you have thought that winter’s woe was past;
So fair the sky was, and so soft the air.”

Happy Friday!  Technology is all around us impacting almost every part of our lives.  So, the least we can do is laugh about it once in a while.

Would you call an iPhone that had run out of battery power Dead Siri-ous?

I found my Google Phone wearing glasses, apparently it has lost its contacts.

I had to change my password today.  I tried using ‘beef stew’ but I got a message that it was not strong-anoff.

I heard that the PowerPoint presentation crossed the road to get to the other slide.

I worked with a guy who was so dense that he took his computer to his dentist to get his Bluetooth checked.

Is it true that horse have a very difficult time with the internet because they have trouble finding stable connections?

Would you call a ride sharing app that serves breakfast Eggs Uber Easy?

I accidentally dropped by new Google phone from the 25th floor, I am lucky it was in airplane mode.

I am so old that I can remember when I knew more than my phone.

I heard Marvel is working on a new techy-computer superhero, he will be a real Screen Saver.

I just got fired from my job at the keyboard factory, apparently, I was not putting in enough shifts.

A picture is worth a thousand words but it takes 3,000 times the disk space. ~Author unknown

The morning shave is a necessary evil for me. I do not think a beard would fill in well for me and if it did, I am afraid instead of it making me look lie a “distinguished gentleman” it would just make me look like an “old geezer.”

Alas this is not a new struggle. Man has been fighting the never ending battle with facial hair since the dawn of history. Over the course of his life, a man will typically spend 3,000 hours of his life shaving. I have been told that I first tried shaving while on a family vacation when I was two years old. fortunately, I do not remember the experience but I think there is a faint scar on my lip to attest to the veracity of the event.

In the early days of history as shaving spread through the civilized world, men of unshaven societies – those “unbarbered” became known as “barbarians.” For thousands of years man struggled with items like stone, flint, clamshells and any other sharp material they could find. A big breakthrough came with the steel straight razor and men flocked to see the barber who could offer a close shave at a reasonable price.

An even bigger break came in 1903, when Gillette introduced the world’s first system razor—a two-piece safety razor with a thin, strong, sharp double-edge blade attached to a reusable handle. For several decades man was happy with this wonder of modern technology. Then in 1974 Bic introduced the disposable razor. Now you could just throw the whole thing away and get a new one. The razor wars were on now! In 1977 Gillette brought out the Trac II with not one, but two blades! Then March 1998 saw the introduction by Gillette of the Mach3 with not one, not two but three blades!

Recently I needed a new razor and when I went to the razor supply in my bathroom I pulled out a FIVE blade razor! It makes me wonder where this will stop 6? 8? 15? 25? Will it stop when the the razor covers the entire side of your face? One stroke on the right, one stroke on the left and you are done! I suppose that might cut down on what remains of the 3000 hours I will spend shaving. I am all for progress but there has to be a limit on this somewhere.

Maybe I will begin my own little protest movement to end this craziness and return to a simpler time. So, if you will excuse me, I need to go find a clamshell or a sharp rock.

Happy Friday and Happy Super Bowl Weekend!  I have posted in prior years about my personal tradition of not watching the Super Bowl.  This year I will make the exception that I never expected to make – I will watch the Super Bowl because the Bengals are playing (I wrote that and I still do not believe it).  I will however leave the room during the halftime show unless the performance is “Up With People.” 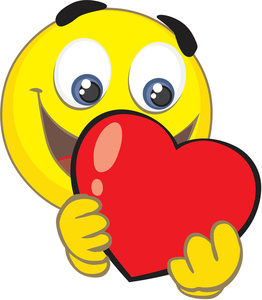 February is a bridge between the cold dark days of January and the brighter, almost spring days of late March.  It is the shortest month of the year and might just drift by unnoticed if not for a few special days that it holds.  February has Presidents’ Day, but unless you work for the government or a bank or are shopping for mattresses or apparel Presidents Day does not have much of an impact.  The other two special days do impact all of us: Groundhog Day and Valentines Day.  The one gives us the often wrong prediction from a rodent on when winter will end and the other compels us to send cards, candy and flowers as a sign of affection.

During my freshman year in college, I visited the campus bookstore one day and came across a card that on the outside said “February is the month for Groundhogs and Valentines” on the inside was the question, “Which Do You Want to Be?” In a moment of questionable judgment, I purchased and mailed the card. I was in the midst of the quandary that countless young men and women go through – I was in college a thousand miles away from the young lady that I had dated in high school and was trying to figure out where I was going and where that relationship stood.  At the time, I found the card amusing in the snarky, sarcastic type of humor that was so ingrained in me at that point in my life.

In the many years that have passed, I realize that the card said quite a lot about the person that sent it and that I was the person that really needed to answer that question – was I a groundhog or was I a Valentine?

I imagine that you have heard the story of St. Valentine.  At a time when the Emperor was prohibiting marriage under the premise that single men made better soldiers, St. Valentine would perform marriage ceremonies in defiance of the edict. He was eventually caught, imprisoned and tortured for performing marriage ceremonies against command of Emperor Claudius the second. He stood for love and uniting those who loved each other even at a tremendous personal cost.  On the other hand, a groundhog is a common rodent who rarely travels far from a burrow entrance.

Happy February! Congratulations on making it through the first month of 2022.  Let’s kick off a new month with some potato jokes.

Is it true that the potato crossed the road because he saw a fork up ahead?

I heard the father potato say to his son before the football game that he would be rooting for him.

Would you call a potato wearing glasses a spec-tater?

Would you call a fake potato an imi-tater?

Is it true that a potato’s favorite TV show is Starch Trek?

If you chopped the head off of a potato, would you say that it had been decap-potatoed?

Would you call a potato that’s always looking for a fight an agi-tater?

I heard that the father potato did not want his daughter to marry the news reporter because he was just a commen-tater.

I once knew a girl who owned three french-fry factories. I was very impressed but she said it was just small potatoes.

Would you call an indecisive potato a hesi-tater?

Would you call a potato that gets things done a facili-tater?