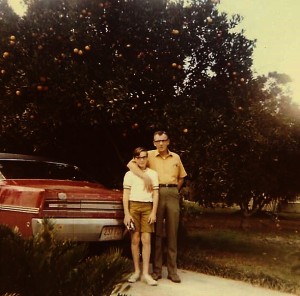 I have said before that my Father is a patient man, he also is a rather quite man.  It seems like he has always been a man of few words – another trait which I apparently missed out on.  Even if you did manage to get my Dad a bit riled up,  the result was not a long diatribe.

During World War II, my Dad traversed from the Aleutian Islands to the South Pacific as a sailor in the Navy; however, his language was never “salty.”   Yet there is one strong word in my Dad’s vocabulary.  A word that made very rare appearances in my childhood.  A word that would only come out on those very rare occasions when he was completely exasperated and at the end of his rope.   A one word interjection that let one know to tread very carefully.  That word is – “Thunderation!”

Dictionary.com defines “Thuderation” as  an exclamation of surprise or petulance.  (I am sure that I was the impetus of the petulance on many occasions.)  “Thunderation” is an Americanism that originated in the first half of the 19th century so perhaps this word was passed down to my Dad from his Father who learned it from his Father.  I appreciate my Dad’s soft spokenness and I appreciate that the strongest word I heard at home was “Thunderation.”

Unfortunately, “Thunderation” is not really part of my vocabulary.  Thanks to the example of my Dad there are a lot of other words that, thankfully, have never been part of my vocabulary.  I suppose that occasionally we all have need of an interjection and I have been known to occasionally shout “boogers!”, especially when hitting an infield pop-up in a softball game.

1 thought on “A Very Strong Word”