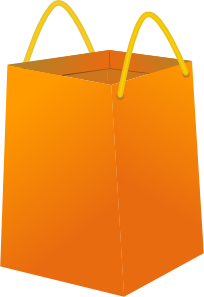 I came across a news story on the internet about a college student in Ohio who recently claimed the title of the top grocery bagger in the country.  He reached this pinnacle of his bagging career after claiming two consecutive Ohio state titles as top bagger.

It came as news to me that there are state and national championships in grocery bagging.  According to the story, the national championships were held in Las Vegas and the winner walked away with a $10,000 prize.  I suppose as the old saying goes, anything worth doing really is worth doing well and apparently if you can do something really well, you can get rewarded really well for doing it.

I wonder how he gained his expertise as a championship bagger?  Did his parents teach him?  Did he start at a young age?  Are there pee-wee bagger leagues where a young bagging protegé can hone his bagging skills?  Perhaps there are even select traveling bagging teams that travel the country competing in bagging contests.

I heard that after he received his check and bagging trophy, he was asked the ultimate bagging question, “Do you prefer paper or plastic?”  His reply was that he really could not choose between the two because, as we all know, baggers can’t be choosers.