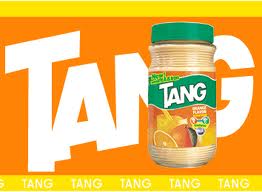 Sometimes I wonder what happened to the future.

I always thought that I was born on the edge of the future.  The same year that I was born General Foods began marketing Tang, the orange-flavored powdered drink mix.  John Glenn took Tang into space with him and you could drink the very same stuff at home while you dreamed of going into space.  All you had to do was take two tablespoons of this magic powder and add it to eight ounces of water, stir vigorously and you had a drink with 100% of your vitamin C, 100% of your vitamin A, 100%  of your vitamin E, 100% of your calcium, 100% of your riboflavin, and 100% of your niacin for the day and no real oranges were harmed in the process.  The future looked bright, innovation was the key.  In the future science would meet all our needs, nutrition-wise and other-wise.

Man continued to go into space and the trips became longer.  It was obvious that man could not live on Tang alone.  So, as the space program grew so did the culinary possibilities.  In the late 1960’s Pillsbury joined in with the creation of Space Food Sticks, a “non-frozen balance energy snack in rod form containing nutritionally balanced amounts of carbohydrate, fat and protein.”   “Nutritionally balanced” was one of those great sounding marketing phrases which no one can explain like “ph balanced.” Space Food Sticks came in six flavors including peanut butter, caramel, and chocolate.  A man could live in space or on the earth if he had Tang and Space Food Sticks.

Alas, after the great promise these two products provided, the future seemed to fade. While Tang can still be found on store shelves, I cannot recall the last time I ever heard of anyone actually drinking Tang.  Sadly, Space Food Sticks disappeared from North American supermarket shelves in the eighties. They were revived in 2006 when the chocolate and peanut butter flavors were re-released. Today you might be able to find Space Food Sticks at flight museums, the Smithsonian Air & Space Museum or online.   Perhaps I can take solace that these were the predecessors of today’s energy bars and energy drinks and their evil cousin energy gels (can one really expect something by the name of “Goo” to taste like anything other than flavored phlegm?)

After a few quiet decades on the “food of the future” front, 1987 brought us Dippin’ Dots, the “Ice Cream of the Future.”   This ice cream gravel is created by flash freezing ice cream mix in liquid nitrogen – it is like cryogenics for food, that is pretty futuristic I guess. (Although I have often wondered what exactly one is supposed dip Dippin’ Dots in and it seems like it would be difficult to dip something so small in the first place.) No one is quite certain how many other foods were flash frozen before they hit on a winner with ice cream.

Now almost thirty years has passed and apparently, the future has not yet arrived and Dippin’ Dots remains the “Ice Cream of the Future.”  I have a feeling that when the future does arrive, I may be disappointed with what it brings.

1 thought on “Disappointed with the Future”