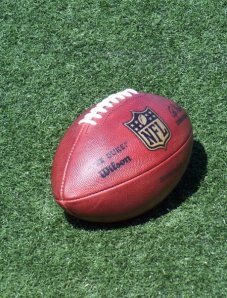 Q: Why did Brian Hoyer cross the road?
A: To get to the hospital on the other side!

Q: How many Cleveland Browns does it take to win a Super Bowl?
A: Nobody knows and we may never find out.

Q: Did you hear about the joke that Andy Dalton told his receivers?
A: It went over their heads.

Q: Why can’t Andy Dalton use the phone anymore?
A: Because he can’t find the receiver.

Q: How many Browns fans does it take to change a light bulb?
A: None, they are content living in everyone else’s shadow.

Q: What do the Cleveland Browns and a Chick-Fil-A manager have in common?
A: Neither one shows up for work on Sunday.

Q: Want to hear a Browns joke?
A: Johnny Manziel!

Q: Why are the Bengals like a grizzly bear?
A: By Christmas they go into hibernation.

Q: What’s the difference between the Cincinnati Bengals and a dollar bill?
A: You can still get four quarters out of a dollar bill.

Q: What do the Dallas Cowboys and possums have in common?
A: Both play dead at home and get killed on the road!

Q: What is the difference between a Cowboys fan and a baby?
A: The baby will stop whining after a while.

Q: How many Cincinnati Bengals does it take to change a tire?
A: One, unless it’s a blowout, in which case they all show up.

Q: How do you keep the Cleveland Browns out of your yard?
A: Put up goal posts.

Q: What does a Cincinnati Bengals fan do after his team has wins the Super Bowl?
A: He turns off the PlayStation.

Q: Did you hear that Cleveland’s football team doesn’t have a website?
A: They can’t string three “Ws” together.

Q: Why does the U.S. Government want to send Browns QB Brian Hoyer to the Middle East?
A: They are convinced he has the best chance to overthrow ISIS.

Speed, strength, and the inability to register pain immediately. ~Reggie Williams, when asked his greatest strengths as a football player – http://www.quotegarden.com