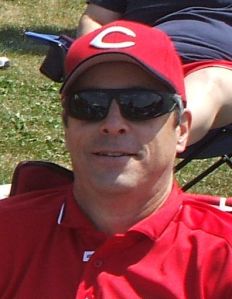 Happy Friday!  A number of years ago I started sending out a Friday email to a small group of friends. (I was blogging and did not even know it!)  Now I am going to start posting these “Friday Funnies” on my blog.   Hope you enjoy it!

A man was sitting at home one evening, when the doorbell rang.  He answered the door and was greeted by a six foot tall cockroach.  The cockroach took one look at the man and immediately punched him between the eyes and then scampered off.

The next evening, the man was sitting at home when the doorbell rang.  He answered the door and there again was the cockroach.  This time, it punched him, kicked him and then karate chopped him before running away.

The third evening, the man was sitting at home when the doorbell rang again.  He answered the door, the cockroach was standing there.  This time it leapt at him and stabbed him several times before running off.  The gravely injured man managed to crawl to the telephone and dial 911.  He was rushed to the emergency room, where his life was saved.  The next morning, the doctor was doing his rounds.  He asked the man what happened, so the man explained about the six foot cockroach’s attacks which culminated in the near fatal stabbing.

The doctor thought for a moment and said, “Well you know, there is a nasty bug going around.”

Patient: “My stomach is getting awfully big, doctor.”
Doctor: “You should diet.”
Patient: “Really? What color?”

A patient has a sore throat and goes to a doctor to get treatment for it.
Doctor: “Your tonsils need to come out.”
Patient: “I would like second opinion.”
Doctor: “Okay, you’re ugly, too.”

Patient: “Doctor, I think I swallowed a pillow.”
Doctor: “How do you feel?”
Patient: “A little down in the mouth.”

Nurse: “Doctor, there is an invisible man in your waiting room.”
Doctor: “Tell him I can’t see him right now. Next!”

A man went to see his doctor stating that he wasn’t able to do all the things around the house that he used to do. When the examination was complete, he said: “Now, Doc, I can take it. Tell me in plain English what is wrong with me.”
“Well, in plain English,” the doctor replied, “you’re just lazy.”
“Okay,” said the man. “Now give me the medical term so I can tell my wife.”

“Doctor, Doctor, I feel like a pack of cards.”
“I’ll deal with you later.”

“Doctor, Doctor I’ve broken my arm in two places.”
“Well then don’t go back there again then!”

A good laugh and a long sleep are the best cures in the doctor’s book.  ~Irish Proverb