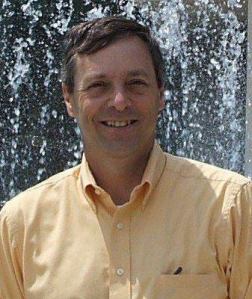 A woman was driving along the highway, and saw a rabbit hopping across the middle of the road. She quickly swerved in an effort to avoid hitting the rabbit, but unfortunately the rabbit jumped right in front of the car and was hit. The driver, being a sensitive lady as well as an animal lover, pulled over to the side of the road and got out to see what had become of the unfortunate rabbit.

Much to her dismay, the rabbit was dead. The driver felt so awful she began to
cry.

Another woman driving down the highway saw the first woman crying on the side of the road and pulled over. She stepped out of her car and asked the lady what was wrong.

“I feel terrible,” she explained. “I accidentally hit this rabbit and killed it,” she sobbed.

The second woman told the first woman not to worry. She knew what to do. She went to her car trunk and pulled out an aerosol spray can. She walked over to the limp, dead rabbit, and sprayed the contents of the can onto the rabbit. Suddenly and miraculously, the rabbit came to life, jumped up, waved its paw at the two humans and hopped down the road.

The first woman was astonished. She couldn’t understand what substance could be in the woman’s spray can that could have such an impact. She ran over to the second woman and asked, “What was in that can? What did you spray on that rabbit?”

The second woman turned the can around so that the man could read the label. It said:

I like pigs. Dogs look up to us. Cats look down on us. Pigs treat us as equals. ~Winston Churchill