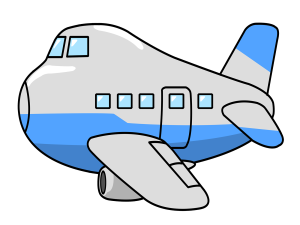 Happy Friday!  I was traveling for some training this week and ended up spending one more night in Chicago than I intended thanks to a flight crenelation. It has been said we have to laugh to keep from crying sometimes, so I tried to laugh and the result is this week’s funny.

An airplane was flying from LA to New York. About an hour into the flight, the pilot announced, “Unfortunately, we have lost an engine, but there is no need to worry, the other three are working properly. However, this will add an hour to our flight.”

A bit later, the pilot announces, “If I can have your attention again, unfortunately, a second engine has failed, still no need to worry.  We have two good engines; it will just add another hour to our flight.”

After about an hour, the pilot announces again, “This is quite unusual, but a third engine had died. Once again, there is no need to fear.  We have one good engine and we can make it to our destination with only one engine.  However, it sill add another hour to our flight.”

At this point, one passenger turned to his seat-mate and said, “Gee, I hope we don’t lose that last engine, or we’ll be up here all day!”

A place was taxiing down the tarmac, preparing for takeoff when it abruptly stopped, turned around and returned to the gate. After an hour-long wait, it finally took off.

A concerned passenger asked the flight attendant, “What was the problem?”

“The pilot was bothered by a noise he heard in the engine,” explained the flight attendant, “and it took us a while to find a new pilot.”

A man walks up to the counter at the airport. “Can I help you?” asks the agent.

“I want a round trip ticket,” says the man.

“Where to?” asks the agent.

“Well, I wanted to come right back to here.”

As a crowded airliner is about to take off, the peace is shattered by a five-year-old boy who picks that precise moment to throw a loud and prolonged temper-tantrum. No matter what his frustrated, embarrassed mother does to try to calm him down, the boy continues to scream furiously and kick the seats around him.

From the back of the plane, an distinguished, older man in the uniform of an Air Force General is seen slowly walking forward up the aisle. Stopping the flustered mother with an upraised hand, the white-haired, courtly, soft-spoken General leans down and, motioning toward his chest, whispers something into the boy’s ear.

To everyone’s amazement, the boy calms down. Then the boy gently takes his mother’s hand and quietly fastens his seat belt. All the other passengers are amazed and a bit bewildered.

As the General slowly makes his way back to his seat, one of the flight attendants touches his sleeve. “Excuse me, General,” she asks quietly, “but could I ask you what magic words you used on that little boy?”

The old man smiles serenely and gently confides, “I showed him my pilot’s wings, service stars, and battle ribbons, and explained that they entitle me to throw one passenger out the plane door on any flight I choose.”

No one realizes how beautiful it is to travel until he comes home and rests his head on his old, familiar pillow.  ~Lin Yutang