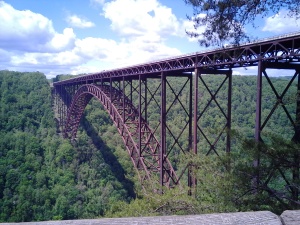 Happy Friday!  As the school year winds down and summer approaches, many of us might be drawing up those summer vacation plans.  However, some people should not be allowed to travel past the end of their driveway as demonstrated by the following (purportedly true) questions posed to travel agents.

What is the safest seat on a plane if it crashes?

Is it safe to drink the bath water in Mexico?

Does the sun set there?

Is this the same moon we see at home?

Do I have to use my real name to buy the ticket?

Is there a walking tour on the cruise?

Can I get an aisle seat on the airplane so that my hair won’t get messed up?

How long is a one-day pass good for?

What time does the 9 o’clock ferry leave?

Exactly how many miles of undiscovered cave are there?

Why were all of the battles during the Civil War fought in National Parks?

A client called in inquiring about a package to Hawaii.  After going over all the cost info, she asked, “Would it be cheaper to fly to California and then take the train to Hawaii?”

A man called, furious about a Florida package we did.  I asked what was wrong with the vacation in Orlando.  He said he was expecting an ocean-view room. I tried to explain that is not possible, since Orlando is in the middle of the state. He replied, “Don’t lie to me. I looked on the map and Florida is a very thin state.”

A woman called and asked, “Do airlines put your physical description on your bag so they know whose luggage belongs to who?” I said, “No, why do you ask?” She replied,

“Well, when I checked in with the airline, they put a tag on my luggage that said FAT, and I’m overweight, is there any connection?” I explained to her that the city code for Fresno is FAT, and that the airline was just putting a destination tag on her luggage.

A woman called and said, “I need to fly to Pepsi-cola on one of those computer planes.” I asked if she meant to fly to Pensacola on a commuter plane. She said, “Yeah, whatever.”

A woman called to make reservations, “I want to go from Chicago to Hippopotamus, New York” The agent was at a loss for words. Finally, the agent: “Are you sure that’s the name of the town?” “Yes, what flights do you have?” replied the customer. After some searching, the agent came back with, “I’m sorry, ma’am, I’ve looked  up every airport code in the country  and can’t find a Hippopotamus anywhere.” The customer retorted, “Oh  don’t be silly. Everyone knows where it is. Check your map!” The agent scoured  a map of the state of New York and finally offered, “You don’t mean  Buffalo, do you?” “That’s it! I knew it was a big animal!”

Travel ought to combine amusement with instruction; but most travellers are so much amused that they refuse to be instructed. ~G.K. Chesterton, “What Is America?”, What I Saw in America, 1922