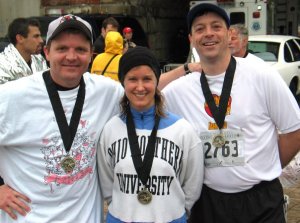 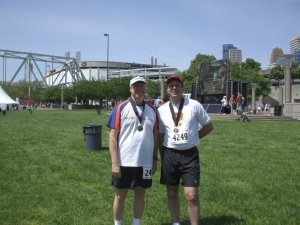 May is almost here and in Cincinnati that means that it is time for Pigs to Fly.  Along with Cincinnati style chili and being the birthplace of professional baseball, Cincinnati is known for pigs.  For a time in the first part of the 1800’s, Cincinnati’s easy access to river transport and farmland helped propel the city to being the number one pork processing center in the country. In fact Cincinnati was once known as “Porkopolis” and it was said that Cincinnati was where pigs fly.

There are a number of theories about the origin of this saying, one popular story is that when the hogs were being delivered from the Kentucky side of the Ohio River to the slaughter-house on the Cincinnati side, they were loaded on flat top barges.   The early morning fog on the river would cover the barges as they glided across the water.  This left the naked eye to see “flocks” of pigs “floating” above the water giving the appearance that the were “flying” to Cincinnati. To this day, you can find a lot of “flying pig” items at the airport and in many shops around Cincinnati.  The “flying pigs” really take flight the first Sunday in May with the occurrence of the Cincinnati Flying Pig Marathon.

I do not claim to be a “runner,”  but I have participated in the Flying Pig Marathon.  I blame my running on my dog, but that is another blog for another day.  My marathon “career” started one day in September of 2002 when Connie, a friend, co-worker, and marathoner stopped by my cubicle and informed me that she was going to run the Columbus Marathon and that I should run it as well.  My first question was, “When is it?”  She replied, “Three weeks.”  I told her there was no way, I had never run more than 10 miles in my life.  She told me that if I could run ten miles, I could finish a marathon.  “It is just a 10K with a 20 mile warm up,” she said.  Connie told me that you get excited running in such a large group, there are pople cheering you on, and you have to get back to where your car is.  So, I went home, ran 12 miles that night and then signed up for the Columbus Marathon which I managed to complete.

I found the marathon to be a lot of fun, in a strange and somewhat painful fashion.  When we got back to work, I asked Connie, “When can we do another?”  So I signed up for the Flying Pig in May of 2003 and every year since, until this year.  We talked Dave, another co-worker into joining the fun a few times as well.  Connie and I have started ten Flying Pigs together, a few we even arrived at the starting line before the gun sounded.  Twice, Ryland, my Stetson roommate flew up from Florida to fly with the pigs.

However, I am a little sad that this year, my Flying Pig streak comes to an end.  As much as I have enjoyed being apart of this marathon, I am excited that this Sunday, we will be attending the graduation of our youngest son at The Ohio State University.  You know, raising three sons is a marathon in its own right except there is no medal at the finish line.  (Actually there is no finish line).  This Sunday, the pigs will once again fly in Cincinnati while I will be penned up in Columbus, but maybe next year, once again, this little piggy will be going wee, wee, wee all the way to the Finish Swine.

4 thoughts on “Pigs Fly in Cincinnati”