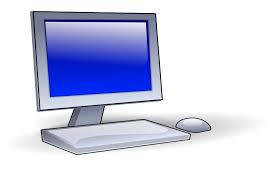 Happy Friday!  We have come to the last Friday in June and 2019 is almost halfway gone!  Time continues to fly by.  Among many things that have impacted my life is the advent of computers and their effect on every aspect of life including language.

Computers are like Old Testament gods; lots of rules and no mercy.  ~Joseph Campbell